Krzysztof Gentkowski – has taken part in ECEKON activity since2012. He learns to play the double-bass in Jacek Birr class. For the first time he played in public during chamber evening in ECEKON ‘ Space Odyssey’. See the film on: Debut

In 2016 Gdańsk Technical University financially supported the purchase of the double-bass for Krzysztof. Thanks to the help he has got a high quality instrument and he can practice at home. He is developing his skills quickly. Krzysztof’s mother says: ‘Krzysztof can practice at home and play during family celebrations and  school or church  performances. It helps him not to feel as a disabled person and to impress healthy people. He has something on his own and can do something which others cannot. The fact is of great importance  in the case of living among able bodied sibling (also tallented but in different fields).

He plays in chamber bands. He made his debut in public (out of ECEKON) during concerts of chamber bands in Home of Social Help Ostoja ( Dom Pomocy Społecznej Ostoja) in Gdańsk Stogi. He likes classical music, especially Mozart and organ music. Since the autumn 2016 he has played in Vita Activa Orchestraas a double-bass player. 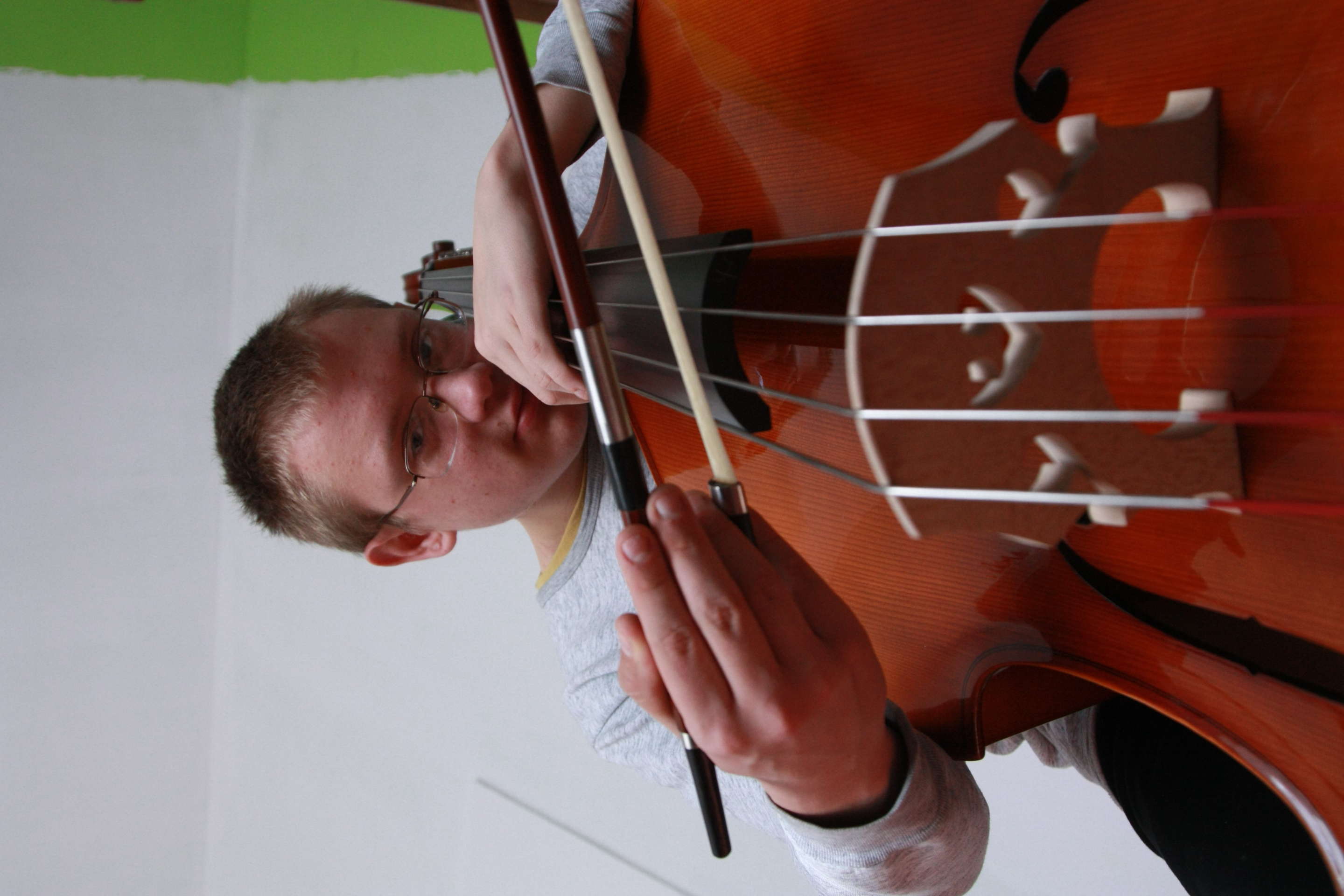